Home News Adermatoglyphia – the Genetic Mutation of People Without Fingerprints 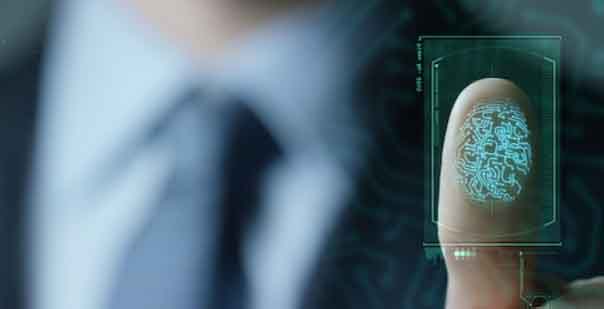 Imagine wanting to go on a fun family vacation to a foreign country, but being stalled at the airport by bewildered policemen who are struggling to do a fingerprint identification on you. Well, that’s exactly what happened to one Swiss woman with adermatoglyphia who was trying to go to the United States. And that’s what people without fingerprints go through every time. That’s why the disease of people without fingerprints also has the appropriate name – ‘immigration-delay’ disease.

A fingerprint is a person’s unique marking. A one-of-a-kind alignment of arches, whoops and swirls is what forms a fingerprint. It’s not likely that anyone else will have the identical one. That’s why the police use it for identification. Fingerprints already start showing in the fetal stage, as early as 24 weeks into gestation. During recent studies, scientists have noticed that people of the same family commonly share the same pattern of fingerprints, which led them to believe that fingerprints are hereditary.

A lack of fingerprints is usually seen on those who removed it themselves because they want to escape the police (because of their criminal record or illegal immigration, for example). Mutilation of fingers is not an unfamiliar sight to the police. So, naturally, when they come across people without fingerprints, they are going to question them a lot. Little do they know that genetics cause this unusual occurrence.

The name ‘adermatoglyphia’ stems from the word ‘dermatoglyph’, which is the name of those tiny ridges that make a fingerprint. And the prefix ‘a-’ signifies an absence of something.

Inheritance of the Diseased Gene

As we mentioned previously, adermatoglyphia is a genetic disease.

A mutation of the SMARCAD1 gene on chromosome 4 is what causes this uncommon disease. This gene regulates multiple development genes. People without fingerprints have a rare form of this mutation – only their skin is affected. Their fingers are completely smooth and do not have any folds that a normal finger has. Other side-effects of this mutation, besides the obvious lack of fingerprints, is fewer sweat glands on the palms. Also, facial cysts and blistering. However, these side-effects are minor. People with adermatoglyphia are usually healthy regardless.

Being that adermatoglyphia is a genetic mutation, it’s inherited from generations to generations. The inheritance of this gene is autosomal dominant, which means that there is a high chance of a child getting the mutated gene from his/her parents.

Scientists have not yet completely figured out adermatoglyphia. They are uncertain how the SMARCAD1 gene even plays a role in fingerprint formation. But, they are not to be blamed. It’s quite a rare disease. In fact, there are only 25 documented cases of it in the whole world!

Other Diseases That May Cause a Lack of Fingerprint

Adermatoglyphia was the main subject of this article because it is, in fact, a disease that only causes an absence of fingerprint. However, there are other diseases that can cause this strange occurrence.

A couple of different disorders from ectodermal dysplasia group could also have a side-effect of no fingerprints. These disorders are Naegeli–Franceschetti–Jadassohn syndrome and dermatopathia pigmentosa reticularis. Both of these have multiple side effects such as thin and brittle hair and nails, abnormal sweat glands, an absence  of teeth, and many more. Just like adermatoglyphia, these are genetic disorders. The biggest difference between these disorders and adermatoglyphia is that ectodermal dysplasia disorders come with many more horrible side effects, as well as severe health issues.

In addition, there are also conditions that can cause a person to lose their fingerprints temporarily or completely. Some anti-cancer medication can lead to a complete loss of fingerprints. A bee sting can cause swelling in the finger, which temporarily distorts the fingerprint.

Never mind, Grammarly is really dumb. Once you removed it, it counts it as a mistake, and when I add it, it says to remove it.