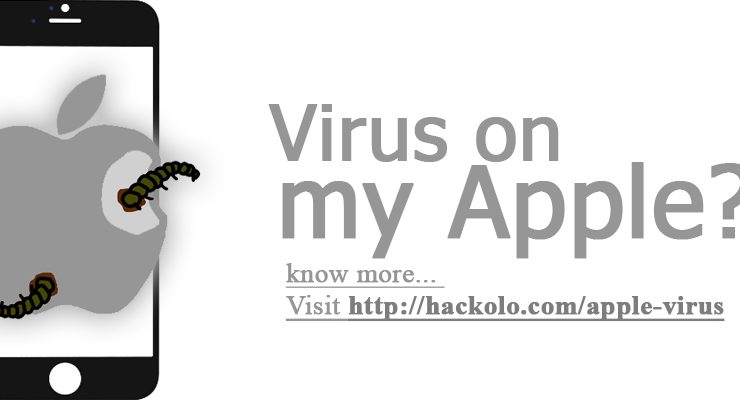 When we talk about security, everybody gives kudos to Ipad and iPhone that they have better security against viruses and malware, and that they are better devices than android counterpart is.

However, recent events of security breaches and leaked photos of celebrities due to an iphone app iCloud make people reconsider if iPhone viruses truly exist. It just a sad experience that iPad virus is now common among iPad users.

Virus on iPhone/iPad or any iOS Device

It is widely believed that iPhone cannot contract viruses. In fact, it is practically impossible because iphones mechanism so much those strange files are not given access to the system directories unless they are from the apple store. This is the reason is not possible to load documents from third party devices on iPhones and other apple products. This method helps to keep iOS devices very safe and secure from intruding programs.

Can iPhone/iPad Get Virus?

Ideally, when iOS gadgets are not jailbreaked, it is almost impossible to have viruses on  iOS devices, but recent events showed that malicious software is targeting iPhone and iPad basically, apple products are subject to attacks from malicious programs that invades its iOS. iPhone viruses will be also work on iPad devices as long as the device is running an iOS software.

It is impossible for viruses to get into iOS system of apple devices. However, we cannot say the same thing about malware. Evil programmers are busy inventing annoying malware with capabilities that can invade virtually any known device.

Very few apple users are unfortunate to contract malware through their browsers.

Some iPhone viruses are believed to be making the round. Is better we observe them closely in order to be able to prevent them in the future or when we identify them, we can seek help immediately.

A malicious program that was developed in China, which is the reason is affecting Chinese App store, and Angry Bird 2 is one of apps affected. It may come to become a threat due to Chinese programmers’ inability to download Xcode, because of its size, about 3.9G, they downloaded a faster version which is xcodeghost.

Xcodeghost injects hidden commands to apps developed using the command and about 39 apps are victims already. Xcodeghost virus on your iPhone will send wrong commands to your browser, opening multiple browsers at a time, and may even send a command to open apple store, but may request your permission to download anything.

Masque attack is more or less a bait app that behaves like real apps on your iPhone and iPad and steals your personal information.  Masque attack is so sophisticated that it uses the same identifiers as existing apps, which make it challenging to stop.

So far, the only way out is to install apps that come from the apple store. Masque attack is capable of replacing Gmail and banking apps with a fake app that will steal your data that you give it.

It attacks both jailbroken and none jailbroken devices, so it is advisable to be careful of apps you install on your apple devices.

Technically, wirelurker is a Trojan virus that was infused into stolen iOS software, like windows executable files, and games. It behaves as if it wants to install pirated app on your iOS devices and infects your iPhones and iPad.

Wirelurker is not a virus in its real sense, in that it is not transmitted from iOS device to another like the other convention threats but, it spreads through USB connection to MAC device or windows following downloads from Chinese websites.

Malicious software that is wreaking havoc to iPhones and iPad devices world over and Australia is the most hit market. What makes it extremely dangerous is that it has the ability to lock iPhone and iPad devices browser, and make it never to connect to the internet again. Infected devices are locked and unusable.

A message informing users of certain atrocity they have committed will be displayed and instruction them to pay a certain amount with their credit cards before they are arrested. ACMA virus may even install countdown timer on the device that will give the device owner maximum of 72 hours to pay up or get arrested.

Xsser is a Trojan horse by design. It was first sent to users of WhatsApp as an anonymous message. The idea is basically, tricking people to get their information. It takes advantage of big events like political gathering, sporting events and other social gatherings to take advantage of unsuspecting victims

Although if you have an unjailbreaked device which gives you the top layer of security measure for your device. You always have other options to protect your phone.

With the current trends, it is no longer an assumption that iPhone and iPad can get viruses, and iOS viruses are as frustrating as any other kind of viruses we have met in the past.

It is advisable not to jailbreak your apple devices, and to avoiding downloading on Chinese apple store especially apps you cannot prove its source.