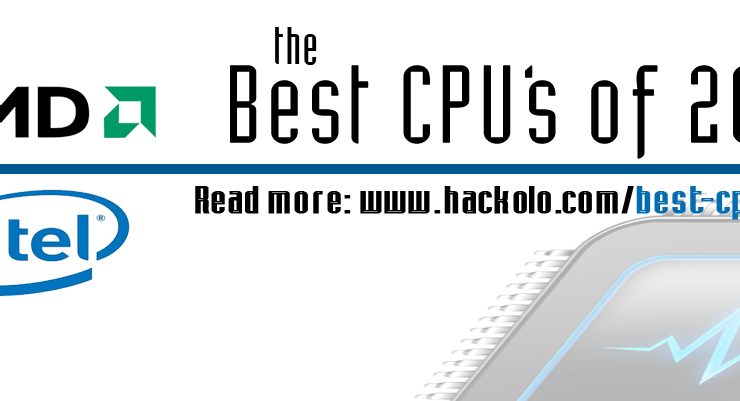 That you could even use for 2016! Top performing CPU’s for gaming, heavy-duty tasks and more…

Computers have given people a lot of help. It makes human work easier. Bundles of files can now be saved and scan in just a click. Photos, messages and contacts can easily be viewed. Games offline can now be played online with high-definition. So if you are looking for the best CPU of 2015 for your personal computer? No worries, you are in a right place. Let this article give you some ideas to help you choose the right CPU that suit to your needs.

Nowadays, it is so hard to choose what is the best because all things that are made differentiates not just on the product performance but also with its prices. Mostly, we keep on looking for what is the best at a very low price. There are also others that are looking for the best without even care about how much the cost. Choosing the right CPU leads to a better performance of a computer. So, don’t just look how the physical view of a cup looks, but look at what is inside of the CPU. Don’t just base on the price, but also base on what does this CPU core can give.

There are a lot of factors to consider in order to get what is the best. To have the best CPU, you must have the best processor. So, here comes AMD and Intel. To have an idea in which is the best, you have to know their differences from prices to specs. It may sound impossible to know what is the best for you but here, we will give you what you need.For you know it, we’ll give you the five best central processing units of 2015. The following are top AMD and Intel processors with its prices, specs and description.

For the past years, Intel have known as the most valued designer of the processor of gadgets and computers. And now, experience the new Intel Core i7-5820K for your CPU to make your personal computer maximize its performance to reach your maximum workload. This Core i7 can easily access applications and can unleash those incredible digital creations. Let this new Core i7 brings you into the easiest way of doing everything you wanted inside high-in technology system of computers by having the combination of Intel Turbo Boost and Intel Hyper-Threading Technology.

The best AMD processor that is offered to the community. It has a Thermal Design Power of 220W. A Vista-based product 2-years ago, which have been engraved on a 32nm technology. AMD FX-9590 has 8MB L2 and 8MB L3 with a total cache of 16MB in which one of the reasons why FX-9590 should be included in the top list of best CPUs. This AMD also have a turbo boosted clock speed up to 5GHz from base clock speed of 4.7GHz.

This core was released on Intel’s sixth generation. It will soon change the desktop processor in a broadwell-based because this core has been proven to be the most powerful model of skylake.

This core released by Intel has a cheaper price compared to others. But it does not mean that the performance of the core is also cheapen. The cheaper price of this core is one of the reasons why this core is the best-selling processor. Both price and quality of the processor are worth buying for. It can satisfy your needs for your CPU. It has a 3.5GHz base frequency which makes a report of users that it can able to increase and hit up to 25% using only a decent aftermarket HSF. That’s what it makes this core sellable even if this does not come with hype-threading. The following are rest of the specs of this core.

This new AMD Sempron 3850 is the cheapest quad-core processor. It is still better than Baytrail-based system because it has an integrated AMD Radeon HD 8280 GPU, it may be basic but still decent. This AMD includes heat sink and fan with a lower price which means that you can still have a chance to buy a mother board too just out of $71.74. Just that, it has only one memory channel. But still good enough to think that you can buy it at a very affordable price.

Now, you see their differences, from their prices up to their specs. Even though,there are still lots of AMD and Intel cores that can make your CPU be the best. But above all, the top five listed above are the most recommended cores for you to buy one. Don’t give much time to waste on worrying about what to buy, what to consider, how much be spent with. Because with the above data, you can now decide what to buy that best suits for your CPU.

Be the handler of the best CPU of 2015. Make your workload be reached without hassle. Do whatever you wanted with your personal computer. Not just for you paper works but also for all the games you have. So, grab one of the best cores and enjoy up to the fullest while using your updated CPU.