Home Mobile 5G Network is Here! All you Need to Know About It 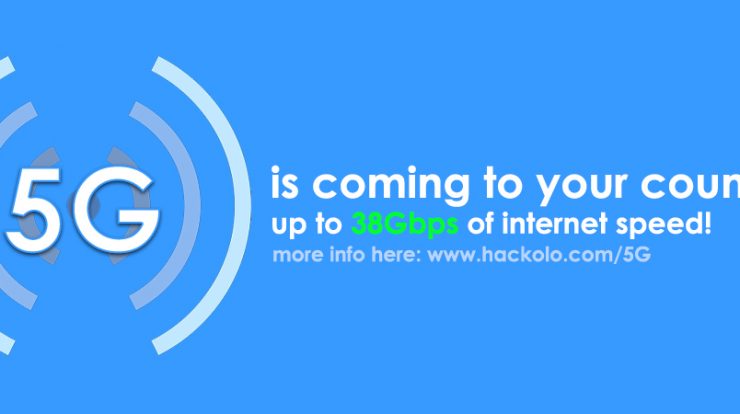 4G is the thing of the Past. Welcome, 5G Network!

The world is currently in the grips of a 4G revolution – superfast data services for mobile phones remain in the infant stages, as far as speed and coverage is concerned. However, it is still capable of producing Internet speeds of almost 150Mbps in regions offering dual LTE connections, while LTE-A connections can ramp up that speed to 300Mbps. In fact, by the time the maximum potential of 4G is unlocked, broadband speeds may shoot up to 1Gbps. That is extraordinary on all accounts, especially compared to fixed line broadband speeds, which are not that quick. Considering that you get such blinding speeds with the technology already available, it begs the question – do I need more? The answer is a resounding yes. We’ll go into more details below.

5G: What Is It and How Much Speed it Offers?

5G or the 5th Generation mobile Network that runs under 28 GHz spectrum and boasts up to 38 gbps internet speed. 5G That is the name being applied to the upcoming generation of mobile data connectivity. Once we’ve exhausted every possible avenue to extract more speed out of 4G, that’s when 5G networks will start making their presence felt. True to its name, 5G networks will provide extraordinarily quick broadband speeds. More importantly, it will be capable of performing each and every function you want it to without the risk of any decrease in connection or speed. No matter how many Internet users connect to the network at the same time, there will be no downgrade in the quality of the connection.

On 5G Network, devices connected is capable of sending and receiving data with the speed of 1 – 10 Gigabyte per second (gbps) which knocks down 10 folds 4G networks that can only deliver data for up to 100mbps.

5G networks are going to utilize a new and innovative “high spectrum band” that makes use of a higher frequency signal than the present 4G connections. This new band will boast of lesser congestion than the current generation, which is going to be incredibly useful for the Internet of Things (IoT). But signals need to travel as far, and for that reason, the number of access points needs to be more, and they must be positioned closer to one another.

According to tech experts, the final goal of 5G is to become invisible. Yes, you read it right – invisible. But what does that even mean?  Well, 5G is supposed to be a technology that will be just there, like electricity; we simply have to reach out and use it whenever necessary. But that stage of development is still a ways off. But when it does attain that kind of capability, it will allow gadget manufacturers to fully realize the Internet of Things(IoT) as it will always be on, without any breaks, and can easily be tapped into without any geographical restrictions.

5G networks are going to be developed on the basis of system performance, user experiences, business models, improved services, operations, and management. In order to qualify as 5G, a particular connection must meet the following eight criteria –

While the previous generations such as 3G marked a breakthrough for communications, 3G gets a signal from the closest phone tower and is used for different activities, including messaging, data, and phone calls. 4G acts in the same manner as 3G, but comes with a comparatively quicker Internet connection, as well as a lower latency.

When is 5G coming?

5G technology trumps 4G in terms of the speed of its delivery, which might range between 10Gbps and 100Gbps. But that is not the most important advantage of 5G. No, what is to be noted here is the latency. Right now, the latency of 4G ranges between 40ms and 60ms, which is low but not strong enough for a real-time response. Activities, such as online multiplayer gaming, need an even lower latency to make sure that when you press a button, the response to the remote server is instantaneous.

Another significant benefit of 5G technology is the fact that standards and which spectrum bands are going to be reserved for the purpose of deployment of the network will have been agreed globally, by an international panel at the World Radiocommunications Conferences. A 5G-enabled phone in the US, for example, will work on the exact same spectrum band and system as in South Korea, UK, and elsewhere. At least, that is what is being expected.

5G technology is currently in the works, but it will be some time before it actually becomes a reality. In the meantime, development of the 4G network continues in full swings, and there’s a lot to be covered. This decade, at least, belongs to 4G; 5G may reign supreme in the next.

5G Network Internet Speed 5G Network Release Date What Is 5G Wireless Technology? What Is A 5G Network? When Is 5G Network Coming?