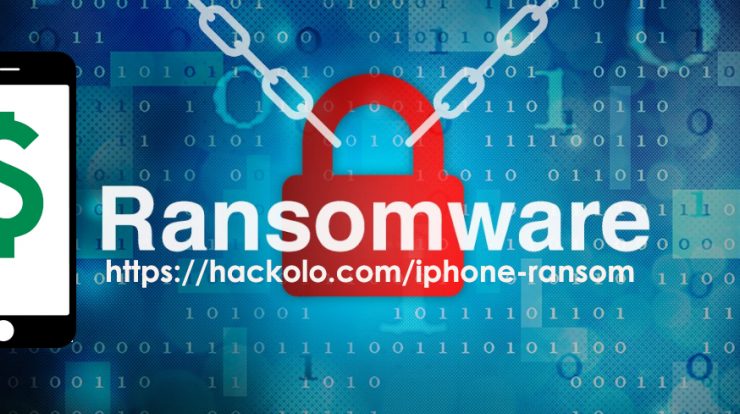 They are threatening to wipe out millions of iPhones by April 7th. Well, that’s 6 Days to go…

Well, after the Wikileaks exposed how CIA is hacking iPhones and we have this – It is one thing to own a premium gadget and a completely different piece of pie to own peace of mind.

And if you own an Apple device, even a celeb-status might not be enough to save data from being wiped out from your phone. For the record, Apple IDs are among the toughest nuts to crack. However, it’s not entirely impossible and we have some searing accounts of thousands of compromised iCloud accounts in the past.

In the latest findings, a new gang of alleged cybercriminals who call themselves the “Turkish Crime Family” has reportedly blackmailed Apple to pay them $100,000, failing which they have threatened to remotely wipe out millions of iPhones.

Is their claim really true? And should you be worried about it? At this point, neither of these stands validated.

They are demanding a lot of money

To force a reaction from Apple, the hackers have allegedly engaged in continuous conversations with the media. Speaking to Motherboard, the Turkish Crime Family has announced that they either need $75,000 in Bitcoin or Ethereum. Alternatively, they have demanded $100,000 worth of iTunes gift cards.

One of the hackers said: “All I want is my money. We thought the report would interest numerous Apple customers and they would oblige once they read and hear about it.”

To top that, it appears that the hackers have actually been in contact with the security team of Apple for a while now.

In a YouTube video uploaded by the hackers, they are even seen proving their access to the iCloud account of an elderly woman. Such access, if really available, could easily be used to wipe out all the data present on iPhones and iPads.

The Turkish Crime Family has also shared screenshots of what appears to be a conversation between them and the security team of Apple, wherein the company reps are requesting them to delete this particular video upload.

Understandably, Apple does not appear to be in a mood to pay up the ransom. In the purported mail, they seem to write: “We would seek your indulgence in firstly kindly getting the video off the air as it is attracting unnecessary attention. Also, we do not intend to send out rewards to cybercriminals for breaking the law.”

Or at least that is the figure that the hackers are claiming. This includes domains ending in @icloud and @me. But there is much source of confusion in the number as well. That is because another hacker from the same group claimed that is the figure stands taller at 550 million accounts.

The group has not furnished an explanation on how they gained access to so much of confidential data in the first place.

April 7th is the deadline

It is still unclear is the Turkish Crime Family has access to all the data that they are claiming. However, it is public knowledge that Apple data is not impenetrable. It has been compromised before. And that is why there is always going to be this shroud of doubt, and a heavy one at that.

Meanwhile, the hackers have officially given Apple a deadline of April 7. They have threatened to go ahead with wiping out millions of iPhones on the date if they do not receive the extortion money from Apple.

No comments from Apple

The incident also reminds us of the need for two-step authentication of password for Apple and all other online accounts.