by kalixto
in Leaked, Network, News
Reading Time: 4 mins read
A A
1 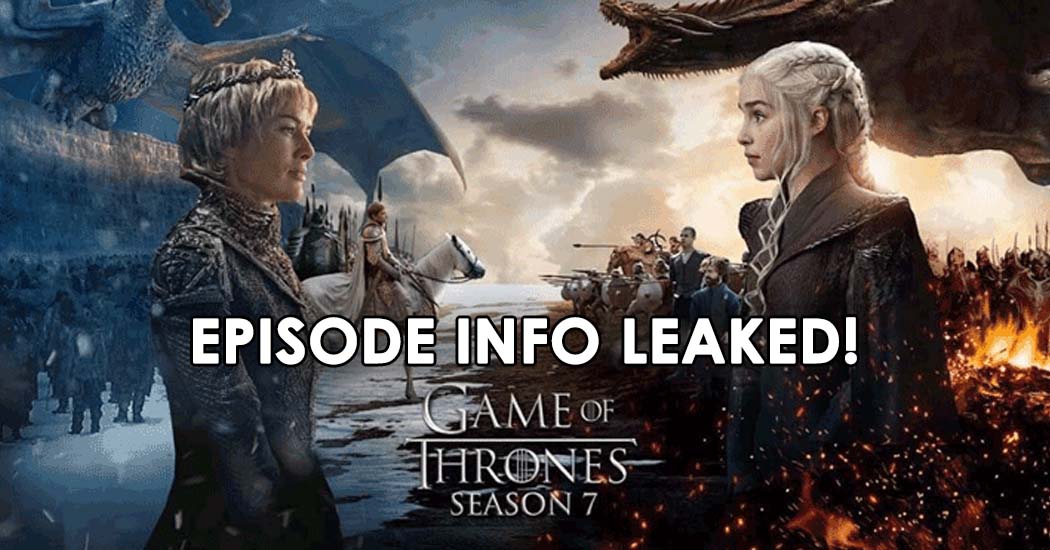 Unless you’ve been living under a rock for the past seven years, you’ve probably heard of Game of Thrones. With an ever-expanding fanbase, Game of Thrones is currently the fascinating show on television, and with each successive season has grown into a something bigger. Now, in its seventh year, Game of Thrones is a cultural phenomenon, and one of HBO’s biggest hits. But everything in the limelight will attract some unwanted attention – and in this case, the attention comes from hackers.

The sweeping visual saga based on George R. R. Martin’s epic “A Song of Ice and Fire” series has always been troubled by leaks and hacks. But it seems to have become a whole lot worse this year. The reason? The eighth season of the show will be its last. So, anticipation to find out more about the plot has reached a fever pitch.

What Does This Mean for HBO?

HBO’s servers were breached last month, with hackers getting their hands on everything from entire episodes of yet-to-be-launched shows to private internal documents. Soon after, in two distinct and separate incidents, two Game of Thrones episodes were released early to the public. Hacker group, OurMine, took control of the company’s main Twitter account last week. So, it seems as if HBO cannot catch a break. The company’s rocky patch of leaks and hacks serves as a crucial reminder of how difficult it is for a major corporation to lock down things nowadays. Even though the attacks occurred from various sources, they each had their own lesson to teach HBO.

This is “NOT” the First Hacking Attack

On 4th August, four days before the premiere of the fourth episode “The Spoils of War”, the entire episode was leaked and made available online. The video was first leaked on Reddit via Google Drive, and then found its way to torrent and video streaming websites. Even though the quality of the leak was poor, it was still downloaded and widely viewed by a lot of people.

Initially, the leak was thought to have been caused by a cyber attack against HBO’s servers earlier in July. Hackers apparently stole almost 1.5 terabytes of data along with Game of Thrones scripts and episode details. For some time, it seemed as if the leaked episode was the direct outcome of this hack, but details soon came to light which proved the source to be a different one altogether.

HBO’s Indian distribution partner, Star India, seems to have been the source of the leaked fourth episode. The employees of the company made the video available ahead of its broadcast date. There was no doubt that this was the official video as the logo of the company was watermarked throughout the whole running time of the leaked episode. Thus, streaming service Hotstar was the responsible party here, and the leak was not connected to the HBO network hacking fiasco.

Law enforcement officials in India arrested four people in connection with the leaked episode. These people were employees of Prime Focus Technologies, a vendor for Star India, HBO’s distribution partner in the country. Police found the responsible people by tracking current and former staffers of the company who had access to the episodes. Even though the identities of the people have not been released yet, they have already been charged with computer-related offenses and criminal breach of trust. The investigation is still ongoing.

Accident with the Sixth Episode

HBO’s sixth episode of Game of Thrones also took a hit after it was leaked online before its Sunday premiere. The episode in question became available for a brief period on the HBO Espana and HBO Nordic platforms. This error seems to have been due to a third-party vendor and the episode was taken down soon after it came to light. However, this did not prevent the material from spreading to YouTube and Reddit. Even though those links were taken down quickly, it still became available in torrent websites. This was the second episode in the seventh season to encounter such breach issues. But unfortunately, this was not the last.

The hacker group is known as “Mr. Smith” that claimed responsibility for the July attack on HBO systems is actively threatening to release the finale of Game of Thrones almost a week earlier than the intended date of broadcast. According to statements released by the hackers, they have access to lots of HBO servers and are preparing to leak episode seven of the hit series, which also serves as the season finale.

The hackers provided tech sites with a number of passwords and usernames of HBO’s social media accounts to prove how serious they were. According to the hackers, the only way to prevent the seventh episode from leaking early was to pay a huge ransom. However, HBO has refused to pay the multi-million dollar amount.

According to experts, Game of Thrones is the most pirated TV show of all time. So, the threat of further leaks was not enough to coerce payment out of them. Moreover, HBO benefitted from the fact that the hackers released only one episode of Game of Thrones and other episodes from different HBO shows, without leaking the entire season in one go. Thus, viewers who wished to watch the episode as soon as possible had to subscribe to the TV network.

HBO seems to have been more concerned with the stolen confidential information from their servers. A person who was close to the whole situation stated anonymously that HBO had taken proactive steps to communicate with the Game of Thrones cast before their personal details were made public. This helped mitigate the effects of the confidential data leaks.

What These Leaks Mean for HBO

In a digital business like HBO, there is an ever-increasing attack surface full of applications, complexity, social media, and third-party partners. Any of these can serve as a pathway for the attacker to gain control. Defending against all these threats simultaneously is not always possible but HBO needs to try if they want to keep important Game of Thrones details under wraps and maintain a healthy viewership. With the season finale yet to be aired, it remains to be seen whether another leak hits the company or not.