Man imprisoned after caught having sex of a missing girls corpse

by kalixto
in News
Reading Time: 1 min read
A A
0 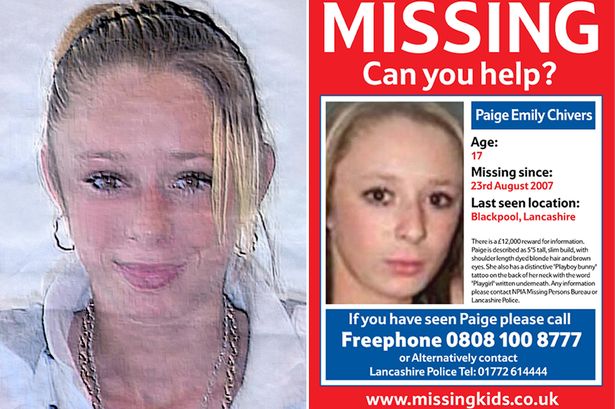 Teenage girl Named Paige Chivers 15 years old reported missing from her home in Bispham, Blackpool last August 2007. Since then there are zero contacts from the family and her friends, she was gone like a bubble with absolutely no clue where she went.

After few years investigation appeared that the girl was murdered and there are already two men behind. The one man was charged for having sex with her corpse.

Gareth Dewhurst, 45 and Robert Ewing, 59 years old both from Blackpool charged with both murder and intending to pervert the course of justice

Since her disappearance, four people have been arrested on suspicion of her murder but released without charge.

A £30,000 reward for information leading to the conviction of Paige’s killer or the recovery of her body has been on offer,