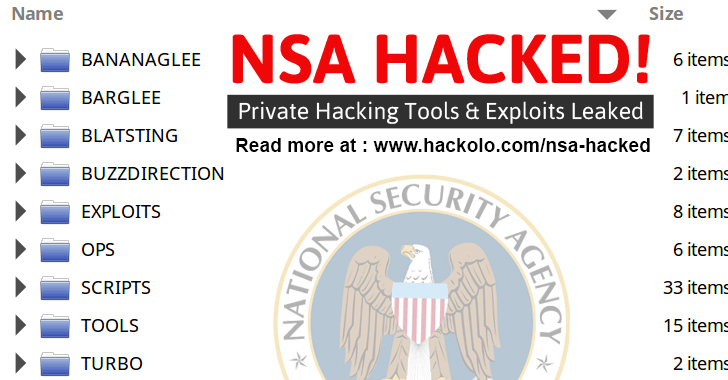 The Equation Group has links with the U. S. Intelligence organization NSA (National Security Agency) and recently a team of hackers hacked there. It is on the news that the NSA hack has happened, and it is causing huge concerns over the internet. People are questioning the kind of security the U.S. Intelligence agency provides. There are a lot of confusions in people’s mind. They are wondering who did it and why. Why would anyone want to do it and if they want to what is the reason? Another important question in their heads if they did it. They are also wondering if the hacking tools belonged to the Equation Group.

It happened on Saturday morning when they first found out a team of hackers has got into their system.  The name is known as “The Shadow Brokers” and they want money. Since they are hackers and cyber experts, they do not want regular money. They are interested in bitcoins. Bitcoins is the online currency that has become popular in the recent days, and people prefer it because it makes them anonymous. In fact, the team “The Shadow Brokers” are willing to sell “cyber weapons” to the one who is going to pay them the highest rate. That means, when people are interested in purchasing it, they will not give it to just anyone. It will like bidding and the one with the biggest rate will get it. They have taken a lot of files from the system.

GitHub is a website for tech experts to make their databases and software through coding. It has certain features such as simplify that make the process easy. They released some of the data in the website which got removed and on Tumblr. There is no proof yet whether the data they stole is real or not, but the engineers are saying that the “The Shadow Brokers” are right. In fact, the team of hackers is saying they did it, and they have the proper data to prove it. They say they did it by following the traffic of the Equation Group. Finally, they found the source that could get them into the system of the Group.  Later they landed on the cyber weapons the Equation Group. They are willing to give people some of the files for free so that they can use it for their needs. It will help them invade, and they are going to sell the best ones at the highest rate.  The stolen data were files that had setting up scripts for installations, outlines for command-and-control (C&C) servers, and procedures that are made to get into routers of famous corporations. They made certain routers their bait, and they are they belong to Juniper, Cisco, and Fortinet. They are also targeting the ‘Topsec’ which is a Chinese company.

Confirmed or a Hoax?

On a post published by theregister.co.uk. Snowden confirms that the clam is real he also confirms that he had personally used some of the tools uploaded publicly one of those is the SECONDATE software that redirects users web browsers. This piece of software meddles with connections in real-time so targets quietly download malware from NSA-controlled servers.

People are having a different perspective about the incident, and some of them are saying that it could be real while some are saying that it could be fake. The reason some people it is real is because the team of hackers themselves is trying to proof people that they have got into the system, and they are going to sell it to the one who pays the most. Other reasons to believe is because the tech experts think that they have stolen files. There is no actual proof, so it is causing confusion in others.  Many people are thinking it a way to make bitcoins more popular.  They believe that some of them have joined and thought of a very fine plan to fool people and get the attention of the companies. Media attention is what they are after. After the hack, people have been talking about it, and it is on the news.

If you ask for an explanation, here, it is by the security researcher. They said that they might have done it, and if it is real, the people are going to be in real trouble with the internet security options. They have studied the procedures the team has been using, and they believe it to be true because the evidence looks real.

How to Run Android Apps on Desktop