USB Killer v2.0 – The Next Level of Computer Destruction Has Arrived!

If you are familiar with the chaos caused by Killer USB, you would probably be shocked to know that an even powerful version of the previous damage-maker has been released.

Not too long back (in March to be precise), a Russian security researcher came up with something that become popular over the Internet as the Killer USB. It was a weird USB stick capable of destroying the sensitive components of a PC when plugged-in.

However, now the same person, popularly known by his nickname Dark Purple, has come up with something that’s an even bigger trouble to worry about, the advanced version of the Killer USB, which is the USB Killer v2.0. The latter is believed to be way more powerful even than the former, and seemingly, it’s capable of causing more destruction than just damaging the sensitive components of a computer.

How powerful this version is?

Well, let us first take a detailed look at what the first version, the Killer USB was capable of in order to understand exactly how it’s latest version can be way more powerful and destructive.

The Killer USB would consist of a DC/DC converter, an FET as well as a few caps. This device, which would almost look as normal as the genuine USB devices out there, would end up charging the caps up to -110V immediately on plugging in. This would lead to the same voltage being applied to signal lines of the USB interface. Finally, this process would keep repeating until everything you can imagine a computer to contain is rendered in a perfectly useless and worthless state.

Now let us understand why exactly the latest version of this already terrible USB stick, the USB Killer v2.0, is being believed to be even more dangerous. Well, simply put, it’s because of the fact that it would charge the caps up to -220V, clearly the double that of its previous version. What this would result in is damage any computer you can imagine of that has a USB port.

Another terrible thing about this so called latest version of the super trouble-maker Killer USB is that it’s surprisingly fast too. To be precise, all it would take is a few seconds for the USB Killer v2.0 to result in your PC getting shut down and stop working when plugged-in. 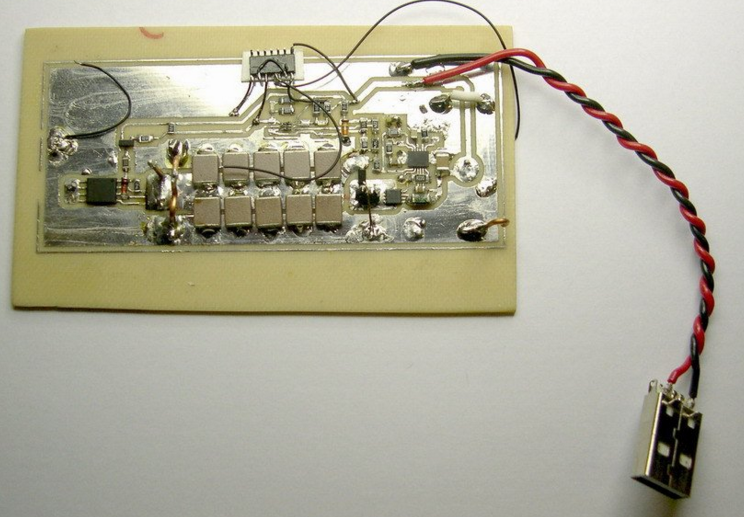 Demonstrated and shown to the world by the developer himself

Well, honestly speaking, this guy who developed these terrible USB sticks seems a bit crazy to say the least. What makes us say that? Well, he himself demonstrated how the latest version of his Killer USB works, and to do so, he ended up destroying his brand new Lenovo Thinkpad X60 laptop. He has even posted the video to YouTube (you can play the video below). Basically this is the best method on how to destroy someones PC using a USB Stick/Flashdrive.

Furthermore, he even mentioned to the people watching his video that they need not worry about the laptop, as a new motherboard was on the way to replace the destroyed one. However, he also says that he didn’t actually plan to do that initially, as the laptop was just supposed to be used for test purpose only.

Not a New concept?

You will probably be surprised to know that devices such as this Killer USB and its latest version, the USB Killer v2.0, are not at all a new concept. USB drives are being used from quite a long time now to attack the components of systems in air-gapped networks.

As an example, let us mention that there’s also something known as Stuxnet worm. It actually started as a USB drive, and is aimed at destroying centrifuges at the Nuclear facility. Well, that makes us conclude that hackers can even turn your computer into a bomb if they want to, and make it explode as well.

Of course the Video Demo

Well, from everything that has been mentioned above, one can easily conclude that not all USB drives would serve the same purpose they are supposed to. Sometimes, they can work in the most unimaginable ways ever, and result in things that could make you end up with losing things you can’t actually afford to lose.

With that said, the next time you see a USB drive which isn’t yours but looks as normal as all the other ones out there, you might want to think twice or even more before inserting it into your laptop or computer.