What is NFC and How does it Work? Learn Everything about NFC

NFC short for Near Field Communication

It’s obvious that the beginning of this new millennium ushered in an era that is heavily characterized by mechanization and large-scale technological advancements. Just when we think that we have seen it all, out comes yet another gadget, another innovation, another technological strategy to make our lives all the simpler.

NFC has been in use for quite some time now. It is a great alternative to using valuable, not to mention expensive, data time on your phones to transfer files like images, songs, videos and, even, documents of varying lengths. It does operate at a slower speed than online exchanges but it more efficient.

What does it do?

The term NFC is an abbreviation of Near Field Communication. Basically, it is a technological maneuver that allows two electronic gadgets, usually of portable nature, like phones and tablets, to share information with one another, when kept in close proximity. Of course, both the devices need to have the feature that enables the NFC to work properly. For instance, when you keep two phones near one another and pay via a virtual wallet, it allows you to exchange selective information with the owner of the other phone and vice versa.

The main reasons as to why this feature enjoys such widespread popularity is because of the fact that it makes the Internet quite redundant. Besides, it is delightfully easy to use, which makes it a favorite among demographics like the elderly, who are frankly quite terrified of the new things they need to learn on a daily basis to keep up with the latest tech. NFC requires the user to simply know how to operate his or her phone. The remaining work is taken care of by this wonderful technology.

To ignorant laymen like us, the science behind this easy mode of communication might seem like nothing short of a miraculous act of God. However, the fact is that Near Field Communication operates on a very simple scientific principle, one that deals with radio frequency identification (RIFD). If your phone can work on NFC, it has a chip implanted in it. If the chip implanted in another phone, located within the vicinity of yours, activates it, then the transfer of data from one phone to another can be done quite easily.

Yet another beauty of using NFC is that it does not require any pass-key or pairing code verification, thus, saving you quite a lot of time and effort. This is possible because the brains behind this operation are tiny little chips that run on meager amounts of power. As a result of this, the entire process of transfer via NFC requires very little power, compared to other forms of inter-device communications, and, hence, does not drain your device of battery life. Essentially, it authenticates our identifications by using our saved card and device data. Latest android phones have NFC feature just like in Samsung Galaxy phones and LG devices.

NFC is relevant today, now more than ever. With exchanges of information, possession of commodities and even money being done, increasingly, on a digital platform, the applications of NFC have increased by a considerable degree in the past couple of years. Here are a few: 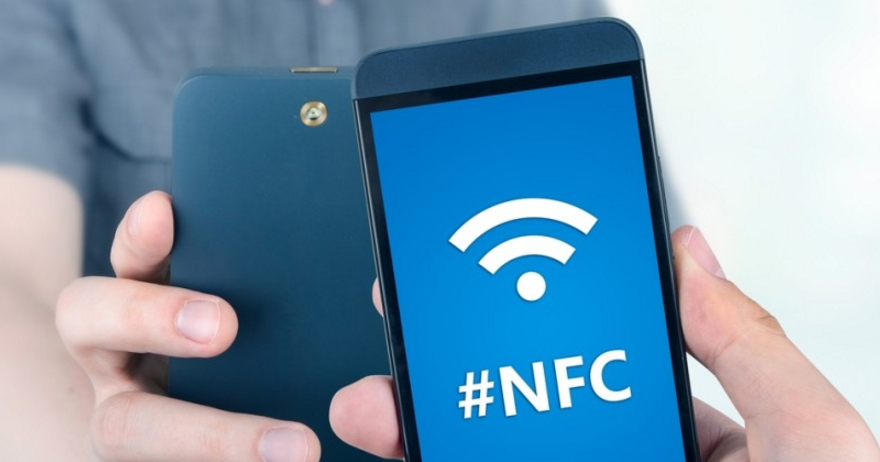 Bluetooth and NFC are both equally popular and can be found on more or less all Android phones. Since both these modes of sharing and exchange operate on roughly the same principles, parallels have often been drawn between the two. Now, after careful deliberation, it has been settled on that both are at a draw. The question of which is better is one that remains unanswered to this day and is still the subject of heated debate amongst tech gurus. However, the two differ from one another on quite a few grounds.

Devices that are powered by NFC are less expensive than those that run on Bluetooth. They also require less time to authenticate and start working. However, the grounds on which NFC-operated devices lose to their Bluetooth counterparts are the range or the distance between the two devices, within which they can exchange data, and the speed of operation and working. On the other hand, transactions that are powered by NFC requires far less power consumption than a typical Bluetooth transaction.

How Secure NFC is?

Since transactions that are dependent on the NFC medium take place in a digital medium or on a “cloud” platform, chances are that it is really insecure. However, this is nothing but a misconception. NFC transactions have been touted by many experts as one of the safest ways to share sensitive data. This is because the technology requires that in order for exchanges to take place, the two devices must be in close proximity to one another. Typically, your phone is not in such a situation with a stranger’s phone, except maybe when on a crowded bus. In such instances, keep your phone data as well as the NFC connection turned off.

Besides, most payment apps on the market that use the NFC feature have come up with excellent safety locks that keep your private data safe and secure. This includes your credit card and bank information. Even if you do lose your phone, these safeguards allow you to delete all the data stored on it, so that it does not fall into the wrong hands.