List of 10 Best Android phones in 2016 Specs and Features

This list showcases the top 10 Android smartphones that have attracted the gaze of the users in 2016. In today’s world, Google’s Android platform occupies the majority portion of the smartphone industry. Most of the smartphones available in the market today feature DDR4 RAM of 4GB capacity, with 2K to 4K touchscreen resolution on high end phones, and 1080p screen on mid-scale models. Smartphone cameras have truly become revolutionary, and have overtaken various models of the digital camera market quite extensively. The smartphones on this list are considered to be the best in the Indian market, with the best features and high grade performance. Read on to find out more. 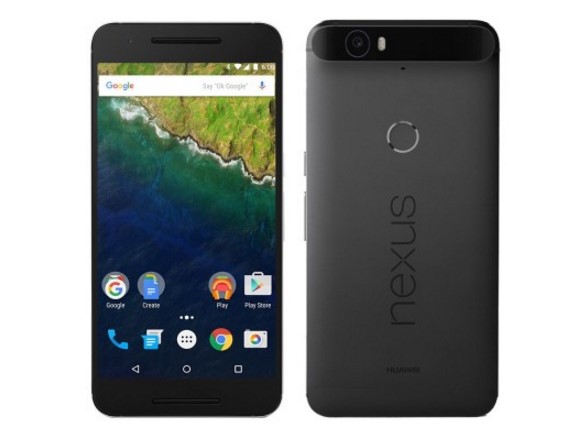 The all new Nexus 6P, from the house of Huawei comes with storage options of 64 GB to 128 GB, along with high grade aluminum build. The phone comes with an AMOLDED 5.7 inch display with screen resolutions of up to 2560 x 1440 pixels. With a Snapdragon Qualcomm 810 processor and a 12.3 megapixel primary camera, this phone is a must buy for all smartphone lovers. For anyone who loves to click selfies, the phone also comes with an 8 megapixel front camera and a 3450 mAh high power battery for long usage. 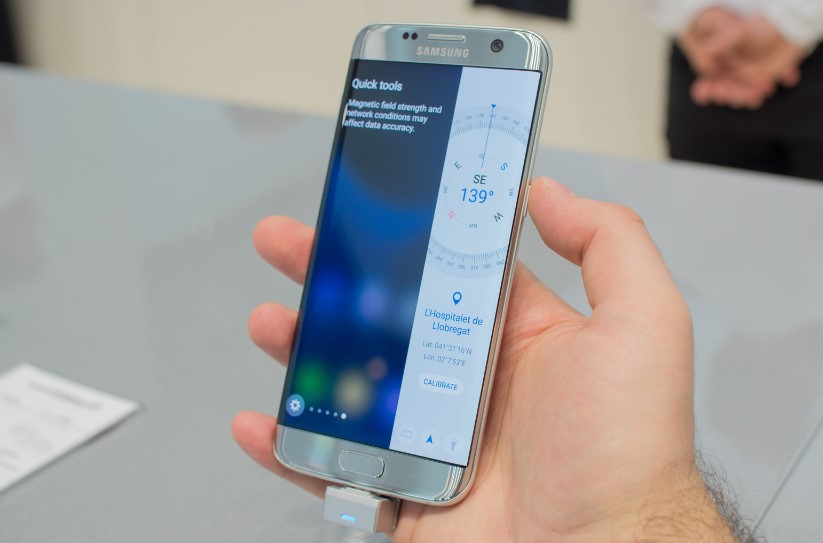 The Samsung Galaxy S7 Edge comes with the brand new Exynos 8890 processor, powered by 4 GB DDR4 RAM and a high capacity internal storage drive of 32 GB. The screen resolution is 2560 x 1440 pixels on an AMOLDED 5.5 inch display, which has been increased from the old 5.1-inch cliché. The traditional 2600 mAh battery has been replaced with the all new high power 3600 mAh one, which has significantly given rise to battery life and backup. The back camera is a whopping 12 megapixels, which is perfect for low light photography. 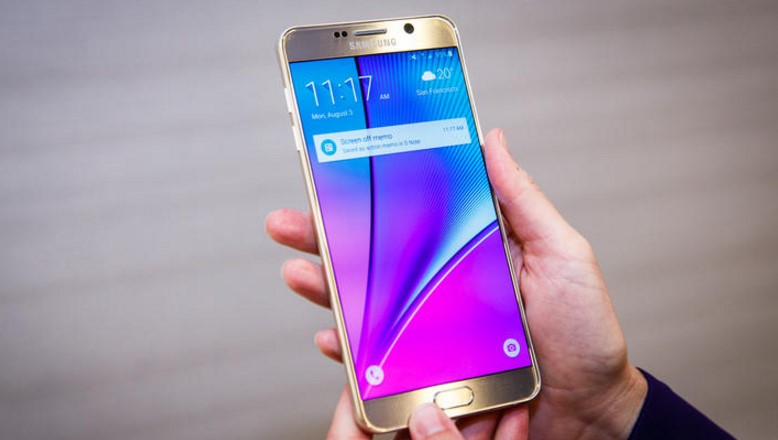 Although this phone belongs in a 2015 list, the Samsung Galaxy Note 5 is still generating a lot of buzz all over the smartphone user community. The phone comes with an AMOLDED 2K 5.7 inch display panel, along with a stylus to use on the screen. Although a tablet, it is perfect for anyone who wants double features on their device. The device comes with an Exynos 7420 processor, powered by a 4 GB DDR4 RAM, that gives it tremendous speed. The primary camera allows video recording of 4K capacity with its 16 megapixel primary camera. 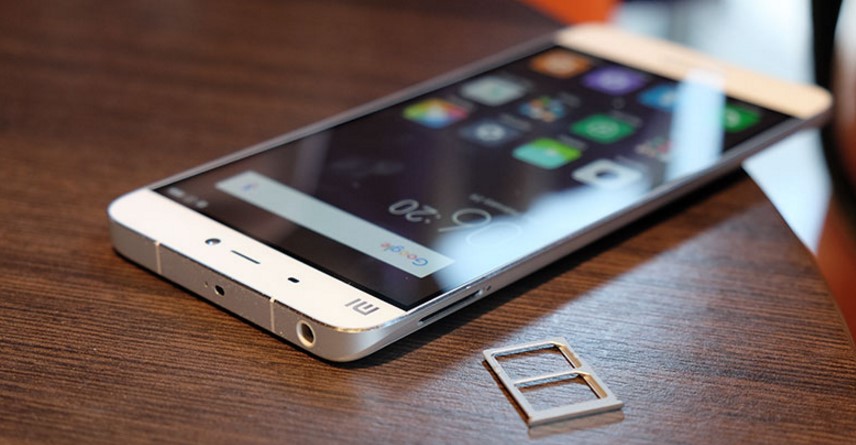 The all new Mi 5 from the house of Xiaomi is a perfect successor to the all successful Mi 4, which took the Indian market by storm 2 years ago. The body, with a metal and glass chassis, is considered to be extremely ergonomic. The 5.15 inch screen of the Mi 5 is a full HD display offers a color display of epic proportions and proper balance. The latest Qualcomm Snapdragon 820 process powers the Mi 5 with a 3 GB DDR4 RAM and 32 GB internal storage. The primary camera is 16 megapixels, and the battery is 3000 mAh. 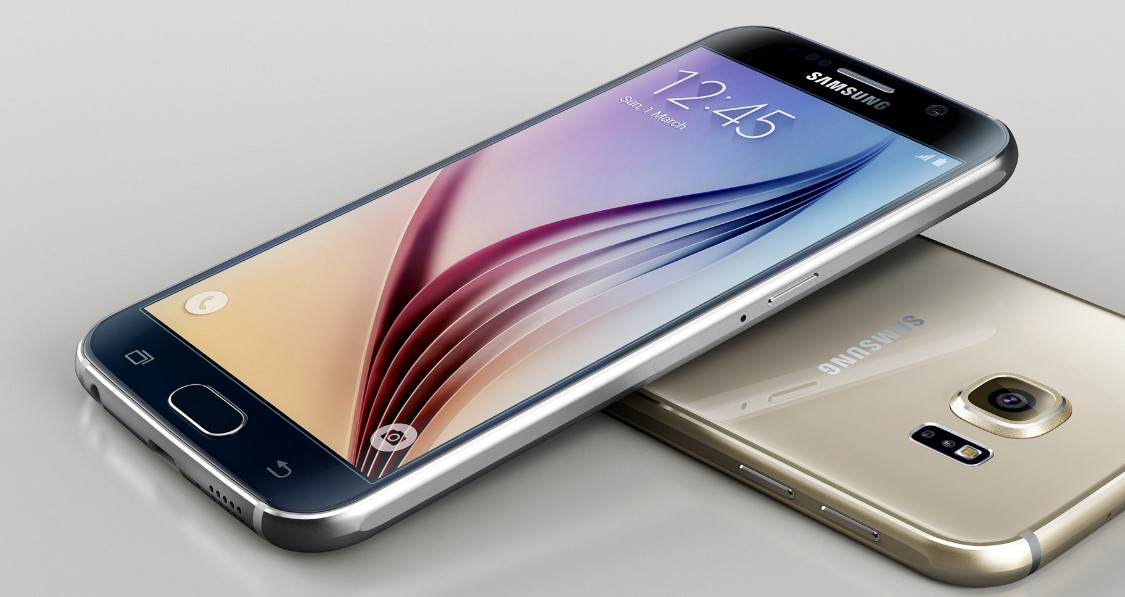 Another winner from last year, the Samsung Galaxy S6 finds a place in the list for 2016 as well. The phone comes with the Exynos 7420 processor and features an AMOLDED 5.1 inch screen with a display resolution of 2560 x 1440 pixels. The primary camera is 16 megapixels, which is perfect for budding photographers. With a 3GB DDR4 RAM and 32 GB and 64 GB internal storage variants, this device is still a winner in the Android market, with a high number of users still utilising the device. 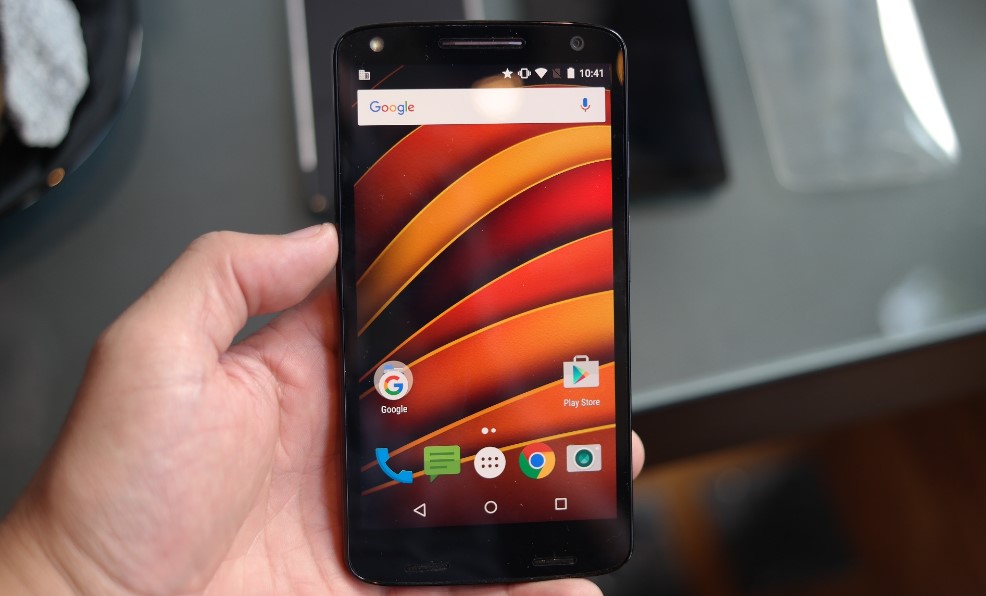 The very first phone in the entire world with a shatterproof display, the Moto X Force has taken the market by a storm. With a 2560 x 1440 AMOLDED 5.4 inch screen and a high power Snapdragon 810 processor, Motorola has released a game changer into the market. The performance of the phone is overwhelming and the battery life is tremendous, which makes it a must have for all Android enthusiasts. The price has recently been dropped, thereby attracting an even larger market share.

This is by far the highest megapixel phone yet to release in the market at 21 Megapixel this smartphone surely has guts to brag. 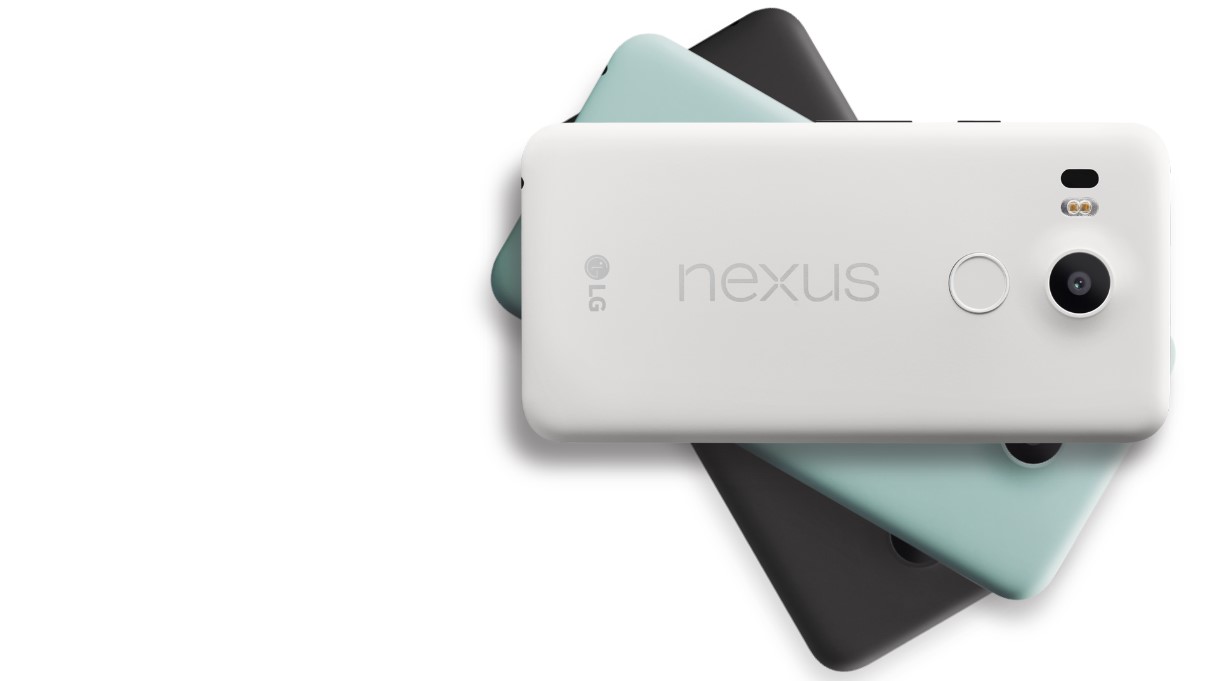 This efficient and high performance successor of the popular LG Nexus 5 comes with an all new look and brand new updated features. The 5.2 inch IPS Full HD screen of the phone is a true spectacle. The phone features a Snapdragon Qualcomm 808 processor, that enhances the phone’s performance, along with 16 GB or 32 GB internal storage capacity. The primary camera is 12.3 megapixels, which is quite impressive.

Not your lowspec tab but powered with Snapdragon process will surely surpass its predecessor. 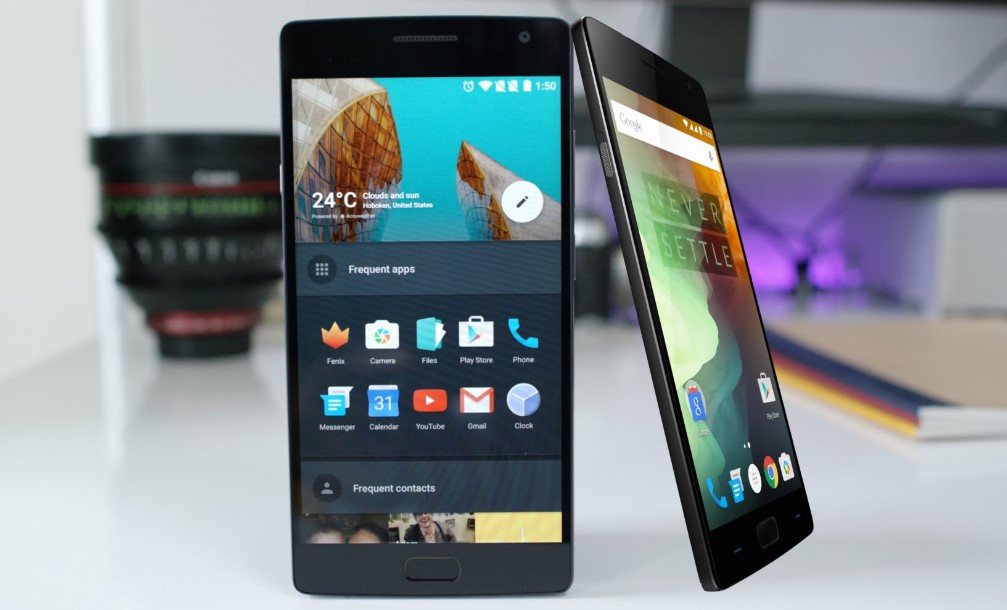 The all new OnePlus 2 is a good phone, but could not live up to its predecessor on its release. OnePlus worked extremely hard to get rid of the heating issue associated with the Snapdragon 810 processor, and added an all new primary camera to the phone, so as to attract the budding photographers. OnePlus also has lowered the price of the phone to attract more buyers, so as to allow users with a budget to get their hands on the phone. 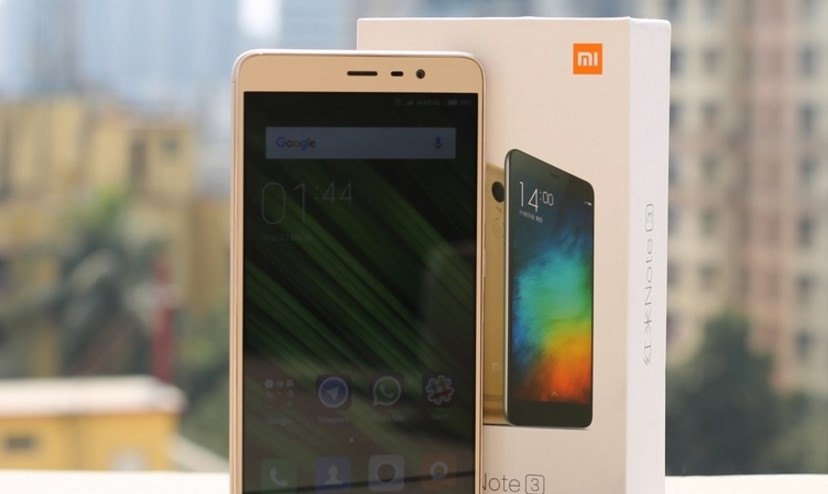 Before launching the above mentioned Mi 5 variant, Redmi introduced the Note 3, which in itself is a revolutionary device. The Redmi Note 3 does not have a competitor in the market currently, and at such low prices, there isn’t going to be one soon enough. The battery of the Note 3 is extremely high power, with 4000 mAh capacity, and a lot of power back up of more than 12 hours. The primary camera is 16 megapixels, which is perfect for clicking photos wherever you go.

This is by far the best battery phone with 4000 mAh, well that’s a long gaming, talking, browsing, and much more… 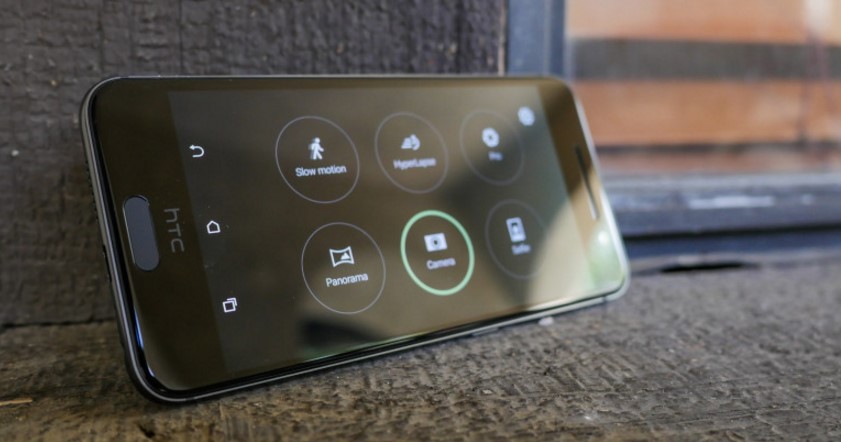 The HTC One A9 is kind of a letdown when you look back to other devices launched by HTC in the previous years. The phone is almost similar to the iPhone 6 in terms of looks, the phone looks like an Apple copycat, but it’s extremely ergonomic to use, and is quite light and slim. The display is an AMOLDED 5.5 inch Full HD one and the device is powered by 3 GB DDR4 RAM and Snapdragon 617 processor, which are mediocre specs when compared to HTC’s other devices.

Whatsapp Tips and Tricks that you didn’t Know!