by FrixPeterson1990
in Android, Mobile, News, SmartPhone
Reading Time: 5 mins read
A A
3 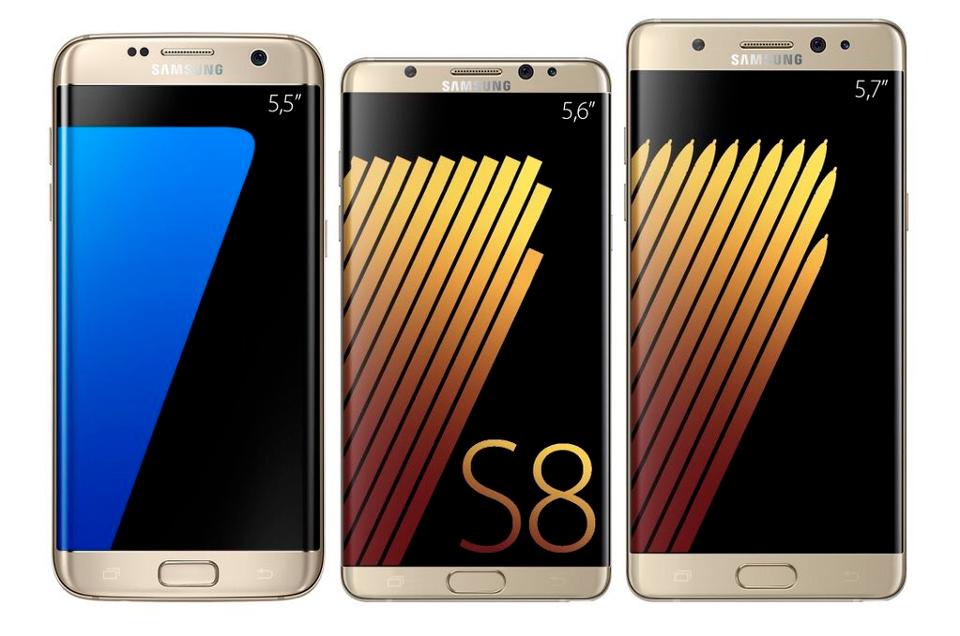 The mobile phone market is huge with a variety of models and makes to choose from. With Microsoft phones a little out of favor among the crowd, it always comes down to two – iOS or Android. And, if android is your choice of operating system, then it is pretty sure you are waiting with bated breath for the new and improved Samsung Galaxy S8. Even though the recent debacle with Note 7 has put them in the back seat, Galaxy S8 is expected to be the one that will resurrect the reputation and sales of Samsung. Rumored to be released during the first quarter half of 2017, experts say it is the best phone you will get your hands on.

There has been no announcement on the release date of Samsung Galaxy S8, but as per the records, it is said to be released in February or March of 2017. One of the major advancements that is expected to be a part of S8 is the 4K display. With the expected variants of 5.7 inches and 6.2 inches screen, Samsung might move to 4K display following the introduction of QHD screens with the Galaxy S6. There are also reports that S8 might use 4K resolution. The growing popularity also fuels the argument of introducing 4K display for Samsung Galaxy S8.

Samsung might follow Apple and sack the headphone jack. The controversial move was expected to be adopted by other smartphone companies, and who else than Samsung to make a similar move. The age old 3.5mm audio port would be left in favor of the new and improved USB-C. The move will help reduce the number of connectors to be used and take off a millimeter from the design. Samsung Galaxy S8 will be launched before the next Android version comes out. So it is more likely to come with Android 7.0 Nougat – the software used in Google Pixel.

Another feature that Samsung is planning to get rid off is the ‘Home’ button. It is a plan to integrate the home button into the screen so as to fill the front of Galaxy S8 with just the screen. They are also aiming to introduce the OLED display to make the screen-to-body reaction at around ninety percent, whereas the usual phones have it at around eighty percent. It will be a great improvement with the screen sizes of 5.7 inches and 6.2 inches on the cards. It is also hinted that Galaxy S8 would feature a curved edge design.

Samsung has confirmed reports of already working on producing a 10nm processor. Galaxy S7 hosted a 14nm or 16nm chips, meaning that the transistors will be far smaller in Galaxy S8 than S7. It is expected to take up thirty percent less space, forty percent less battery consumption and a little less than thirty percent increase in performance. With great potential stacked into something smaller and simpler, S8 is expected to be a step above the rest in case of design and performance.

For the Exynos chips, Samsung is trying to get the license of GPU technology from Nvidia and AMD. But the deal is not expected to go through before the launch of the mobile. So the most probable option would be the new Mali G71 GPU from ARM to be used for Samsung Galaxy S8. USB-C have all the probability of replacing the micro USB port as it was supposed to happen with Galaxy S7. USB-C has the reversible connection and can supply more power up to 100w compared to 2.5w supplied by a conventional USB port.

The latest rumors also suggest that Samsung has plans to improve the storage and RAM. Following the footsteps of Apple, Galaxy S8 is said to come with 6Gb RAM and 256Gb storage in default. It is the least Samsung could do as Apple already introduced the same in their iPhones and also it would not be the first time in android history either. OnePlus had introduced the same memory of 6GB RAM in their OnePlus 3 and OnePlus 3T series.

Samsung Galaxy S8 is expected to have the Dual pixel technology for its camera which debuted with Galaxy S7. Unlike other technologies which take up 5% to 10% of pixels on focusing, this helps all the pixels to take part in capturing the image. It will come with dual 12MP primary and 8MP secondary cameras. Unless announced otherwise, no changes will be made to the camera department. Samsung acquired the car tech firm Harman which specializes in selling audio products, brings out the theory that Galaxy S8 might feature upgradations in the speaker department. It is also reported that Galaxy S8 might be equipped with stereo sound and dual speakers with the logo of Harman. But these are all speculations which need validation.

As Galaxy S7 and Galaxy S7 Edge had 3000mAh and 3600mAh respectively, it is expected from Galaxy S8 to boast a better battery. And with the good processor, it will add on to the battery life. Samsung might keep the winning formula of IP68 certification for Galaxy S8 which lets the consumer know the phone can be submerged for thirty minutes at a depth of 1.5 meters. Samsung is in the process of developing ‘Gear 360 Pro’ after the reasonable success of Gear 360 and is also innovating on the concept of dual display.

There are plenty of phones available to consumers right now ranging from Google Pixel to HTC 10 and LG G5 to iPhone 7. However, it all depends on personal preference of every individual. If you believe it is worth the wait, Samsung Galaxy S8 would be the one for you because from the bits and pieces we know about it; it will be one of the most advanced smartphones of its generation.

[Tutorial] How to Recover Deleted Text Messages on Your Phone

[Tutorial] How to Recover Deleted Text Messages on Your Phone